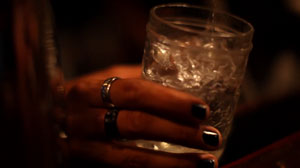 WHAT WE SENSE: The purest of them all

Most of us would be hard-pressed to describe what water tastes like. But there’s a distinct science that defines it.

When most Americans talk about good-tasting water, they’re talking about water that tastes like their own spit.

Salty saliva bathes your tongue, drenching every one of your thousands of taste buds. It protects you from nasty bacteria, moistens your food, helps you pronounce the word “stalactite” and even lets you know when you might be drinking something bad for you. Like water.

Pure water, that is.

Stripping water down to an ultrapure state makes it unfit for human consumption.

In the world of electronics, manufacturers remove all of the minerals, dissolved gas and dirt particles from water. The result is called ultrapure water, and they use it to clean tiny, sensitive equipment like semiconductors, which are found in computer microchips.

Water molecules have a slight negative charge, which means they’re good at dissolving or pulling other molecules apart. When water is in an ultrapure state, it’s a “super cleaner,” sucking out the tiniest specks of dirt and leaving your computer’s brain squeaky clean.

But if you were to drink ultra-pure water, it would literally drink you back. The moment it came through your lips, it would start leaching valuable minerals from your saliva.

“Your mouth wants potassium, magnesium and other minerals,” says Arthur von Wiesenberger, a professional water taster who’s been running water-tasting competitions for more than 20 years. “It can tell when it’s being stripped.”

Fortunately, pure water is rarely found in nature. Water is constantly moving and passing through rock and soil, picking up minerals and chemicals your body needs as it goes.

Your tongue can taste sweetness, bitterness, saltiness, sourness and umami, or meaty. That’s it.

But you can’t have a full appreciation for flavor unless you account for one other sense.

“When you drink and taste, you’re smelling at the same time,” Burlingame says. When water passes through your mouth, it activates the taste buds on your tongue, but some of it turns into a gas and floats up the back of your throat to your nose.

The biggest complaints Americans have about their tap water are from smell: a chlorine smell from the treatment plant, a sulfurous odor from iron, a metallic smell from rust or an earthy odor from algae (which is actually the same as the smell of rain).

Water should taste and feel like…nothing.

You want water that’s pure…well not pure, pure, but you know what we mean.